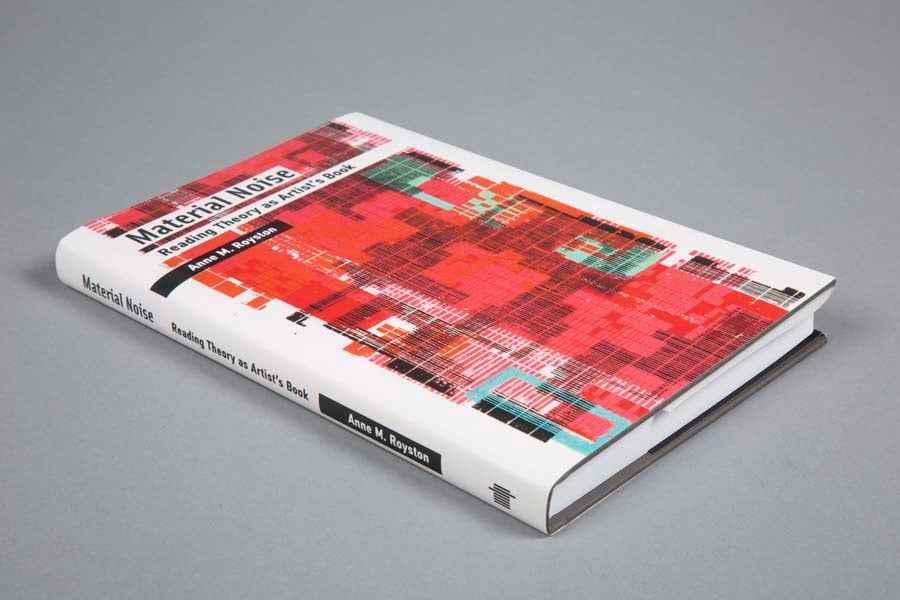 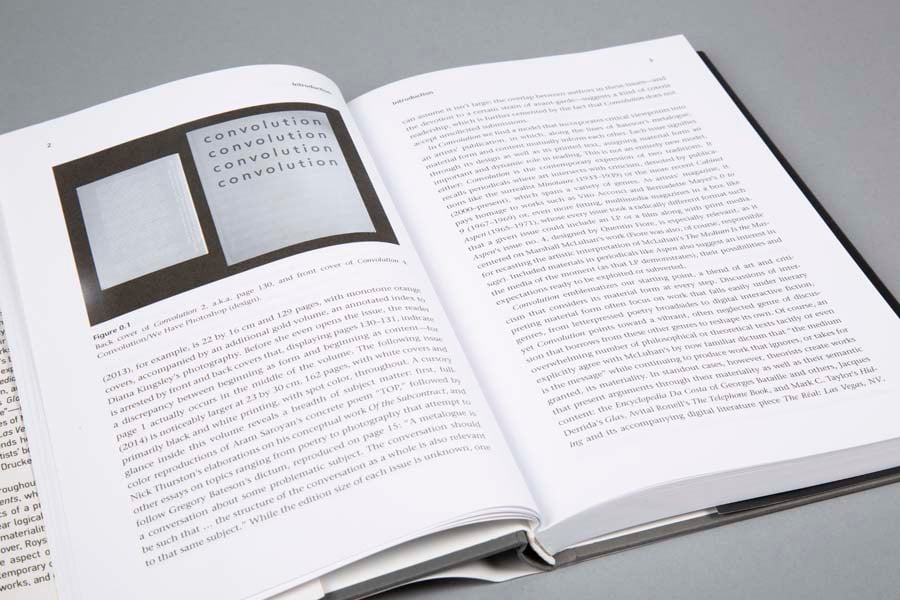 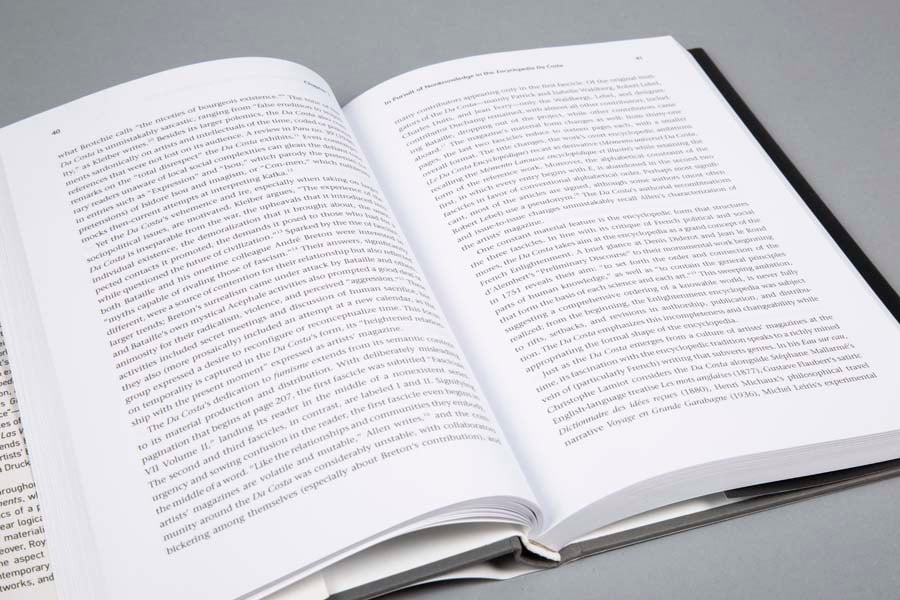 From the publisher: In Material Noise, Anne Royston argues that theoretical works signify through their materiality—such nonsemantic elements as typography or color—as well as their semantic content. Examining works by Jacques Derrida, Avital Ronell, Georges Bataille, and other well-known theorists, Royston considers their materiality and design—which she terms “noise”—as integral to their meaning. In other words, she reads these theoretical works as complex assemblages, just as she would read an artist's book in all its idiosyncratic tangibility.

Royston explores the formlessness and heterogeneity of the Encyclopedia Da Costa, which published works by Bataille, André Breton, and others; the use of layout and white space in Derrida's Glas; the typographic illegibility—“static and interference”—in Ronell's The Telephone Book; and the enticing surfaces of Mark C. Taylor's Hiding, its digital counterpart The Réal: Las Vegas, NV, and Shelley Jackson's Skin. Royston then extends her analysis to other genres, examining two recent artists' books that express explicit theoretical concerns: Johanna Drucker's Stochastic Poetics and Susan Howe's Tom Tit Tot.

Throughout, Royston develops the concept of artistic arguments, which employ signification that exceeds the semantics of a printed text and are not reducible to a series of linear logical propositions. Artistic arguments foreground their materiality and reflect on the media that create them. Moreover, Royston argues, each artistic argument anticipates some aspect of digital thinking, speaking directly to such contemporary concerns as hypertext, communication theory, networks, and digital distribution.

Join us on Wednesday, November 13 at 6 pm for a book launch and signing party with Anny M Royston in the VSW Bookstore.