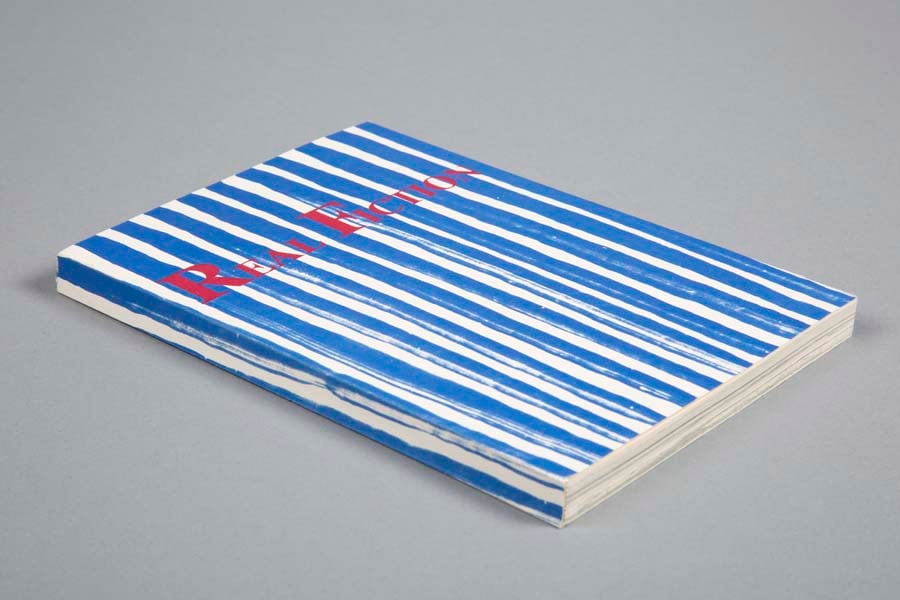 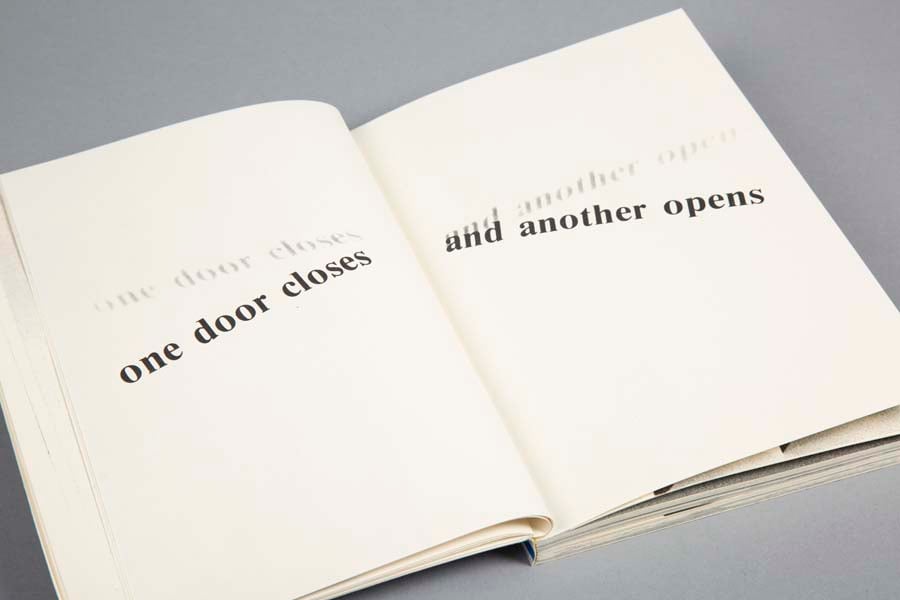 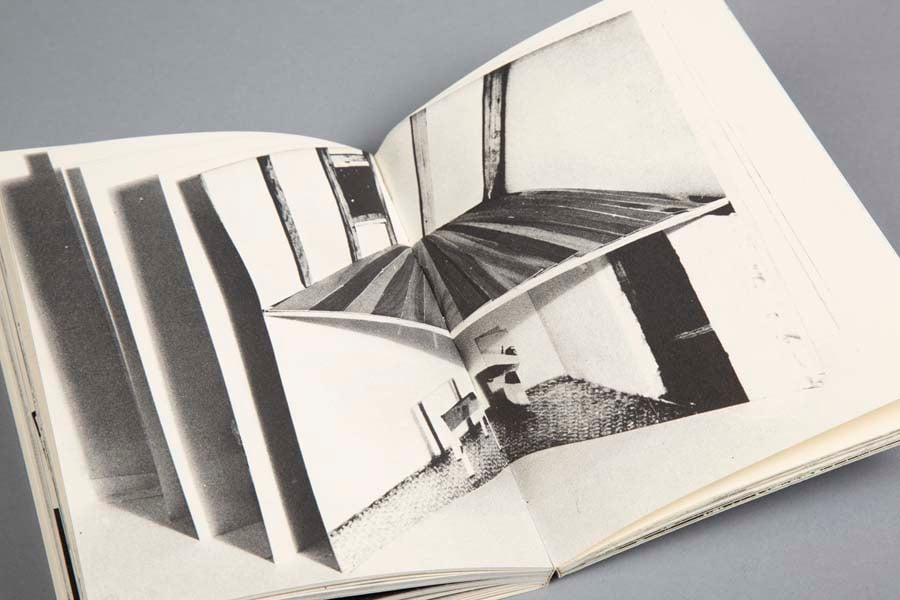 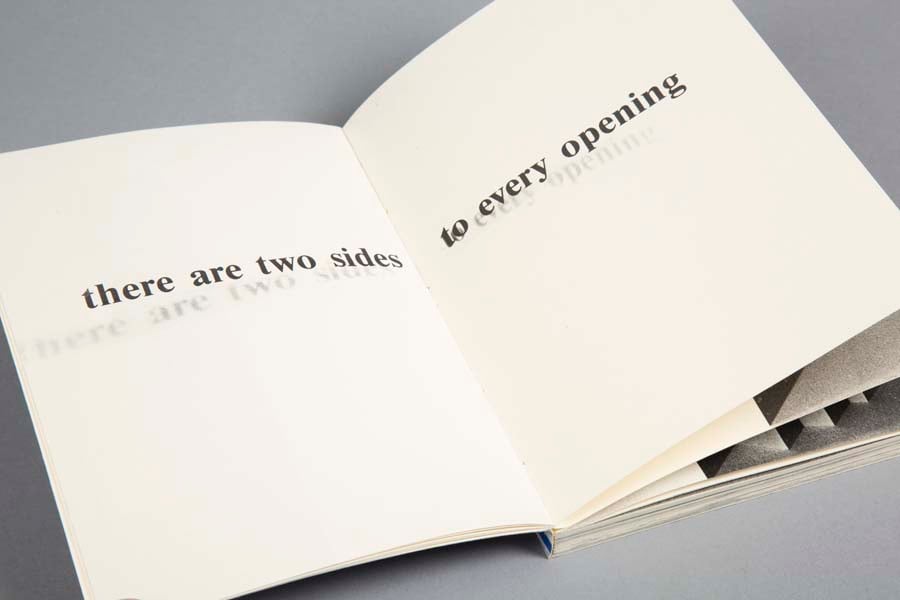 "Real Fiction was a collaboration between Telfer Stokes and me. The book was subtitled An Inquiry into the Bookeresque and was conceived as just this- an investigation of Book, its pages, its structure and architectural sense of place. Small book sets were made. Pages cast shadows and this did trigger (as the text says), an association of ideas. One book space led in its construction, realization and photographing to another. In this way the narrative took direction during the process of its making. By looking into Book, the book eventually reached out, from the internal gutter to the outside fore edge. It was an expression from inside to outside that we found and I felt passionate about. The text came as an associative drift of thought which was constructed and photographed to float over the page." - Helen Douglas