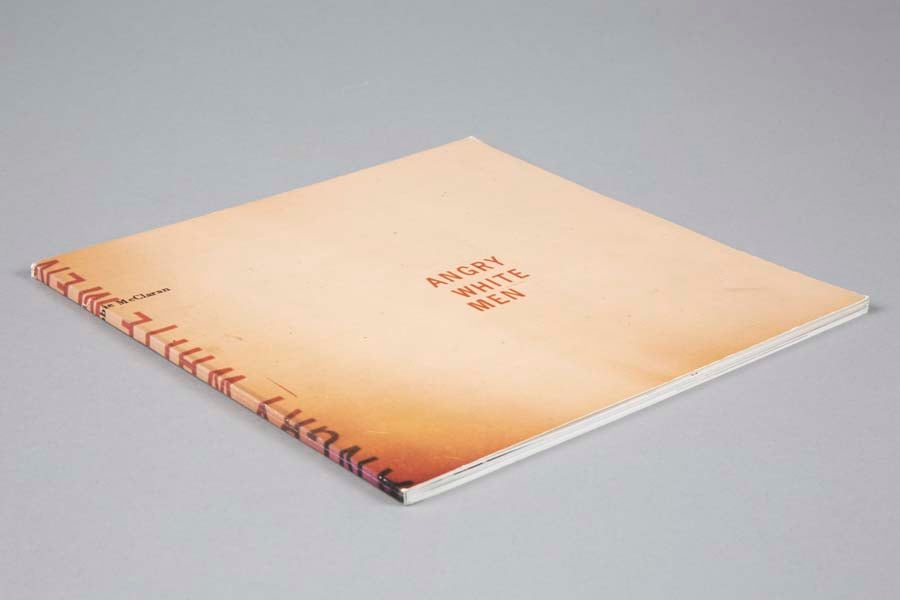 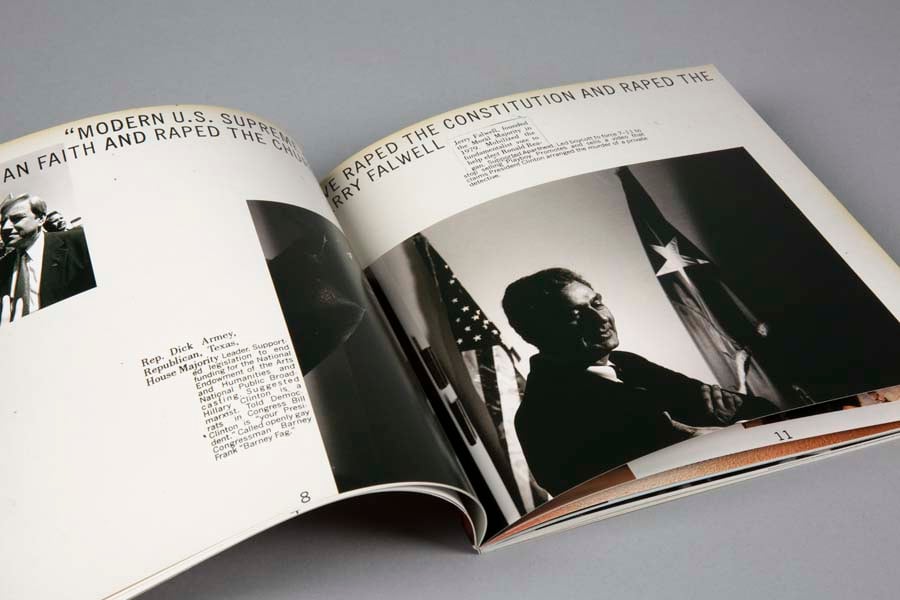 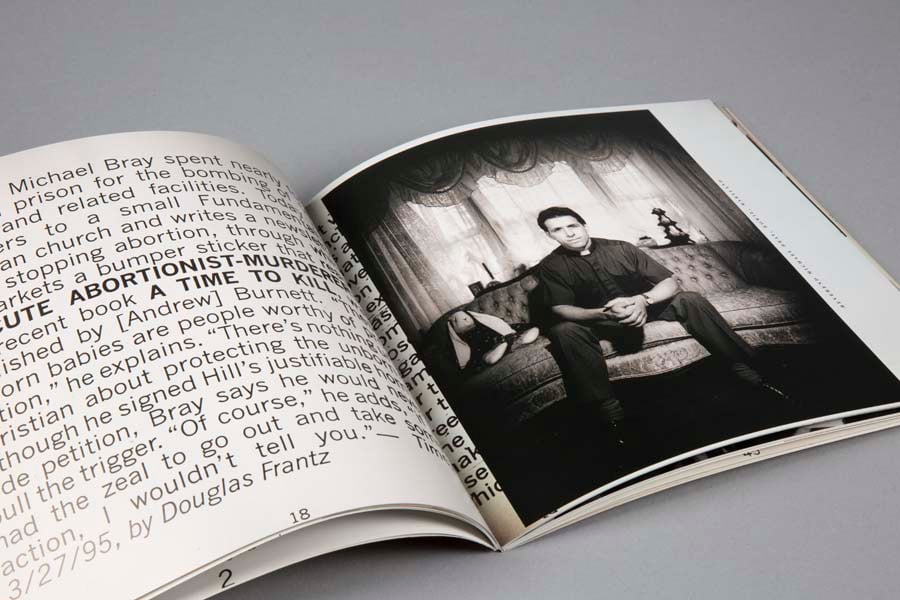 The new leadership of Donald Trump, Mike Pence, and Steve Bannon is not an anomaly, but a boil that has been growing for decades and finally broke the surface in 2016. Published twenty years ago, Angry White Men has unwittingly become a history of contemporary mainstream politics showing some of the extreme actors of the '90s whose once fringe ideas have overtaken the United States.

"Angry White Men takes its title from a phrase used to describe the 1994 mid-term electorate that put Newt Gingrich's Republican House in power, said to have been motivated by "God, Guns, and Gays." This became a starting point for my investigation of the shifting of the political center point as well as a look into the darker side of extremists and their motivations. The book, a collaboration with designers Alicia Johnson and Hal Wolverton, was self-published in late 1996 and features a a forward by Rene Denfeld." - Robbie McClaren

Robbie McClaren has donated copies of Angry White Men to be given away with the VSW Press Visual Book Club Subscription.